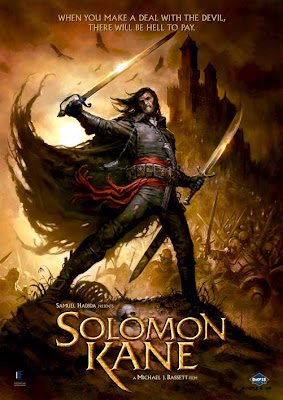 Really getting excited about this new film after seeing the trailer here.
Posted by Mel Odom at 12:13 AM 4 comments: 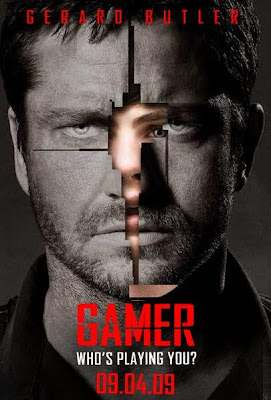 Gamer arrived in theaters on Friday after a, literally, explosive rush of trailers. However, those trailers inaccurately reported that Gerard Butler hadn’t kicked this much butt in 300 years. The quote was taken from 300, the Frank Miller movie. Actually, the battle of Thermopylae took place over 2000 years ago.

Once upon a time, I was a diehard gamer. Lately, my 11 year old son is the diehard gamer in the house. He has more time to play than I do, but I keep him stocked in all the latest game systems and games. He’s leading the life I would want if I had more time.

Both of us were excited about seeing Gamer. The whole idea of controlling a flesh and blood avatar during a real battle just sounded cool. Neither of us would really want to do that, but we couldn’t wait to see it played out on the big screen.

The movie is written and directed by Neveldine/Taylor, the duo that gave us Crank and Crank 2. Gamer possesses the same frantic pacing of the writer/directors’ first two movies. In fact, if you have seen the Crank franchise, you will have seen much of the style and visual effects of this movie. Gamer just seems too familiar visually.

Another too familiar aspect is the lack of character development throughout the movie. Gerard Butler is posited as the hero, Kable, and Michael C. Hall (TV’s Dexter) is the bad guy. The history of each, and of the shared moments between them, come too late in the movie. There’s no investment on part of the viewer, and by that point the clash is coming to a head, so all attention is given to the climax.

Gerard Butler is definitely action hero material and his physical performance is good. After seeing the film, I’d believe that Butler can walk into a room full of bad guys and take them all out.

Michael C. Hall as Castle, the man who invented the games Society and Slayers where flesh and blood avatars are mind controlled by other people, delivers a stunning bit of acting. He was a wicked combination of cool, competent, and cruel. The singing bit at the end totally blew my mind. I kept wishing I had a DVR controller so I could rewind that scene and watch it again. I’ll be buying the DVD primarily to watch Hall in action. I just wish there had been more of him in the film.

Kyra Sedgwick (The Closer) and Ludacris were virtually wasted as cardboard characters. And I didn't see anything of Logan Lerman’s character Simon that I could buy into, except for that really cool computer room he seems to live in.

I did enjoy the concepts that were explored in the film. The Society game was much like Second Life, only with graphic sex thrown into the mix. I found the scenes of the people playing the avatars in Society more disturbing than those who played in Slayers. If I don’t know if the filmmakers intended this kind of reaction on part of the viewer, but it’s strange how controlling someone in a twisted version of everyday life is somehow more perverted than controlling someone on a deadly battlefield.

Granted, the film had to straddle a thin line between action fans and, perhaps, science fiction fans, but I wish more attention would have been paid to the what-if scenario played out in the movie. The deeper issues of the questions raised were skimmed over in favor of blood and gore.

Gamer is a fun film for action junkies, but definitely lighter fare for someone interested in dealing with the intriguing possibility of the future.
Posted by Mel Odom at 1:11 AM 1 comment: