I've been going to this convention for years.  I know many of the people there and always have a good time.  But June is also when I have a lot going on writing-wise.  *sigh*

Still, I managed a few hours of panels and seeing friends.

This year is BIGGER than ever!!  Soonercon is growing again, and it couldn't happen to a nicer con! 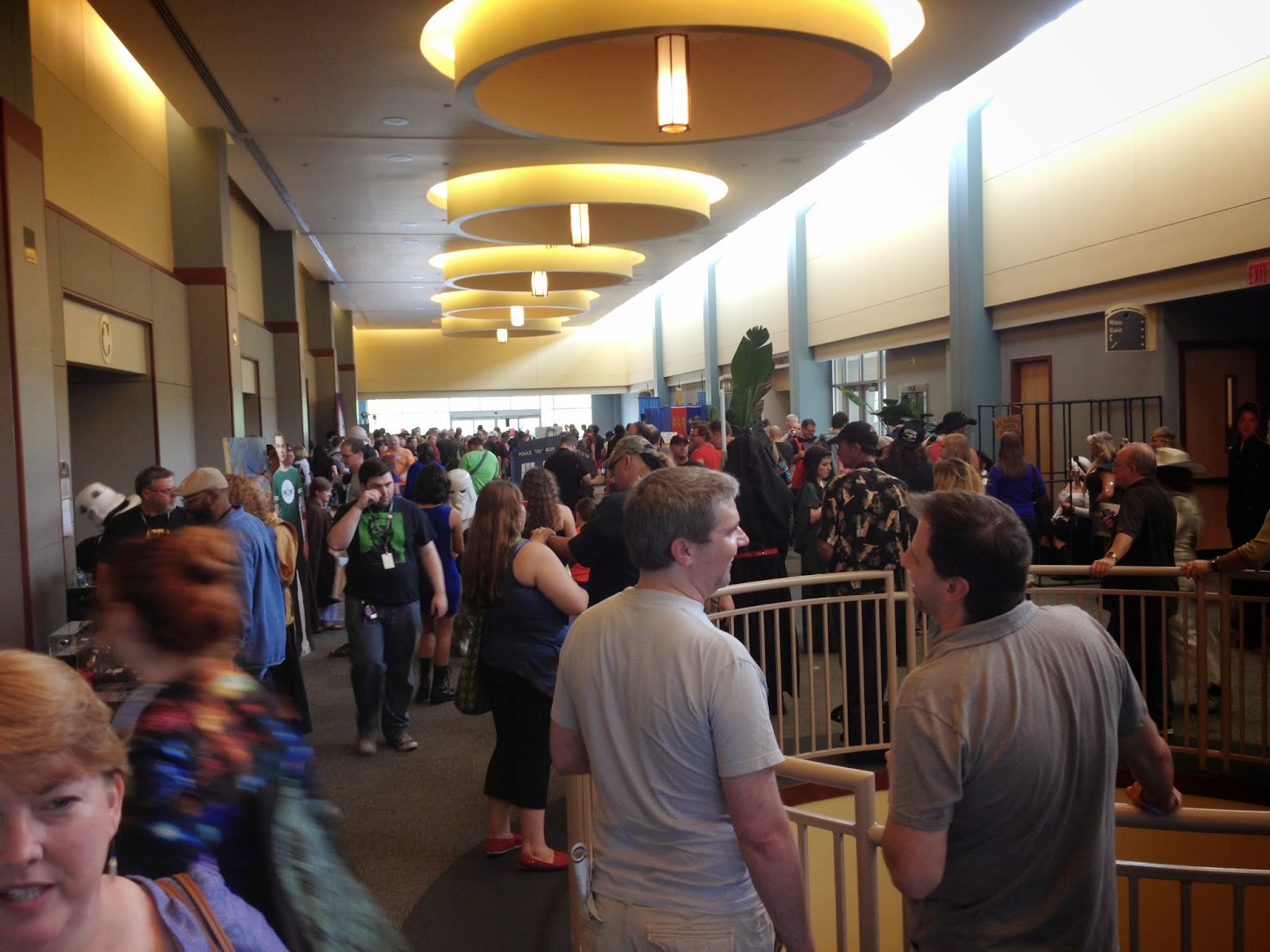 I couldn't resist talking to the Silence from Dr. Who. 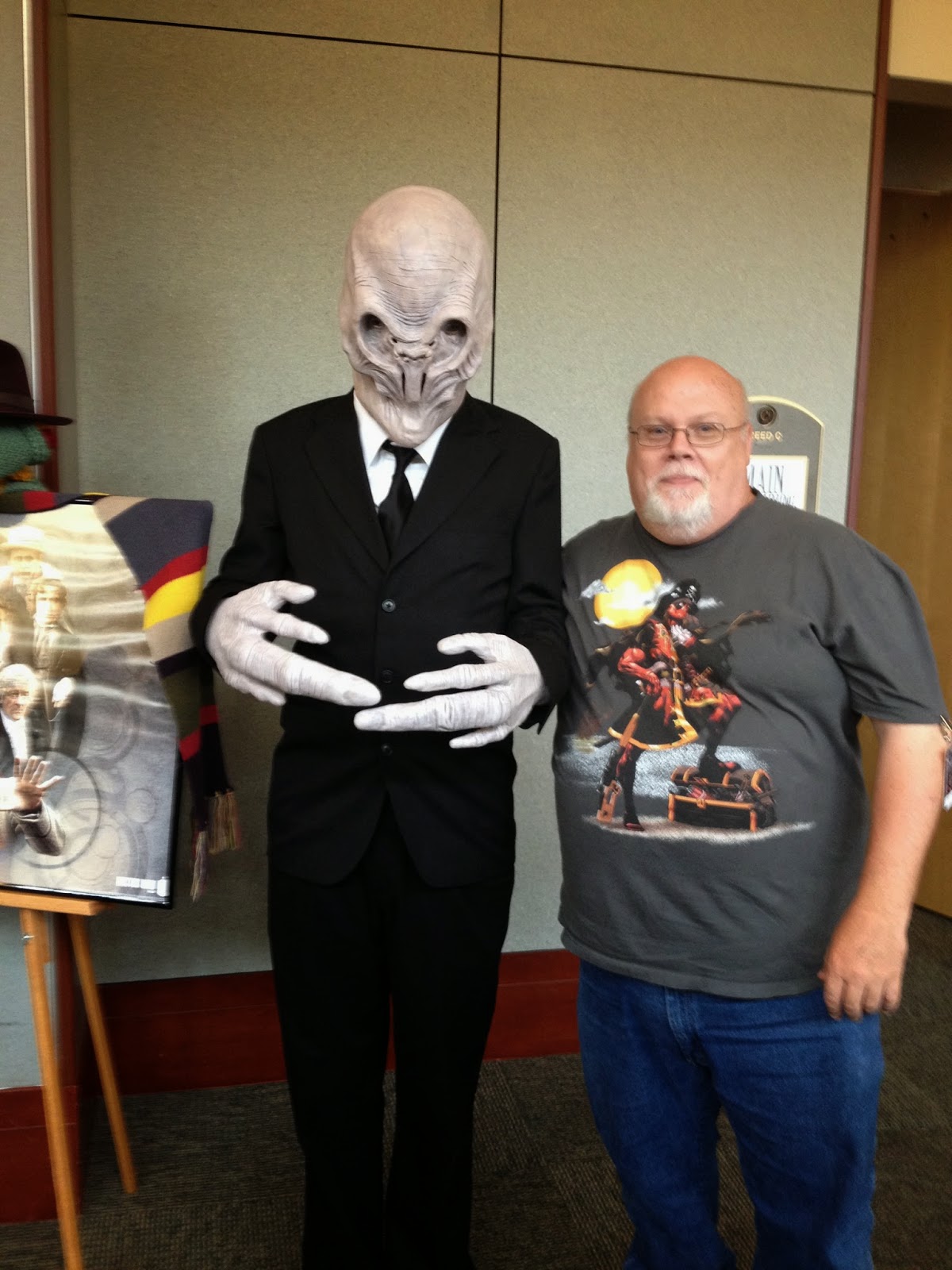 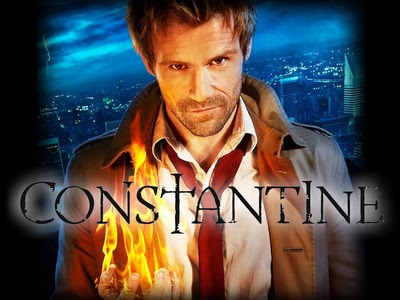 I'm really enjoying the early views of this one as well. 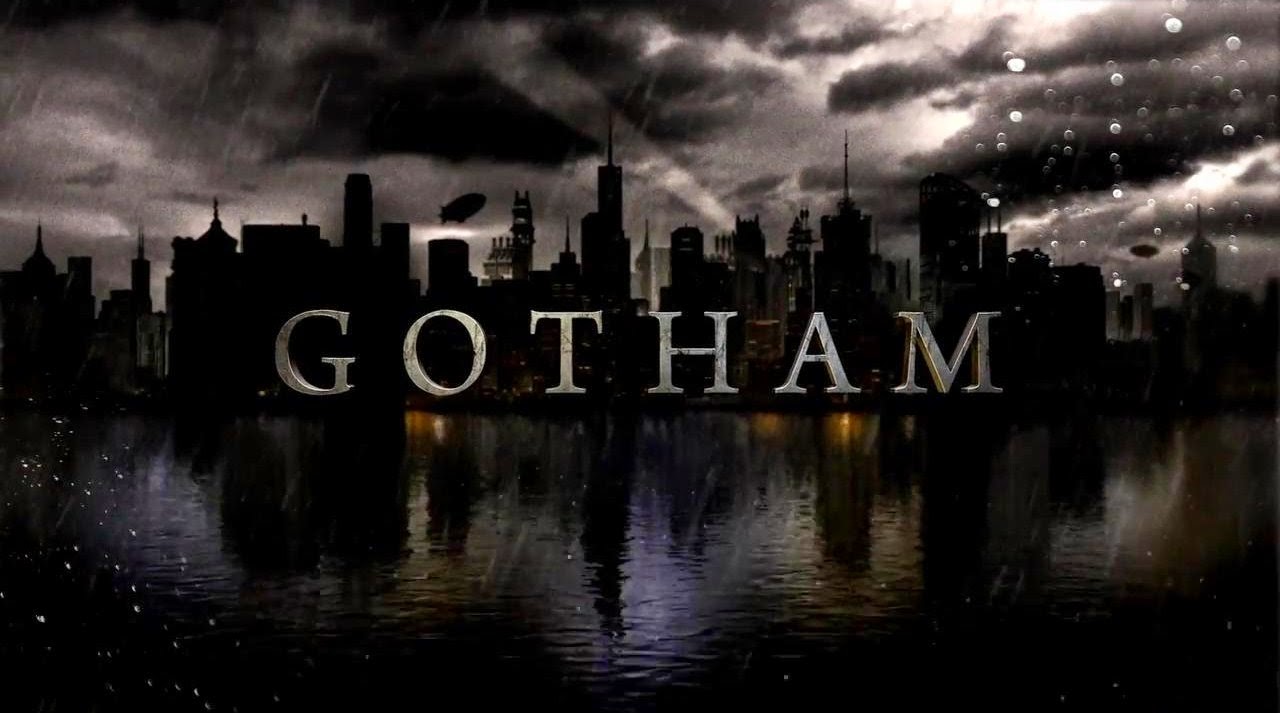 I gotta say, the trailer looks fantastic.  This is gonna be one of the biggest shows of the season.  I'm looking forward to it. 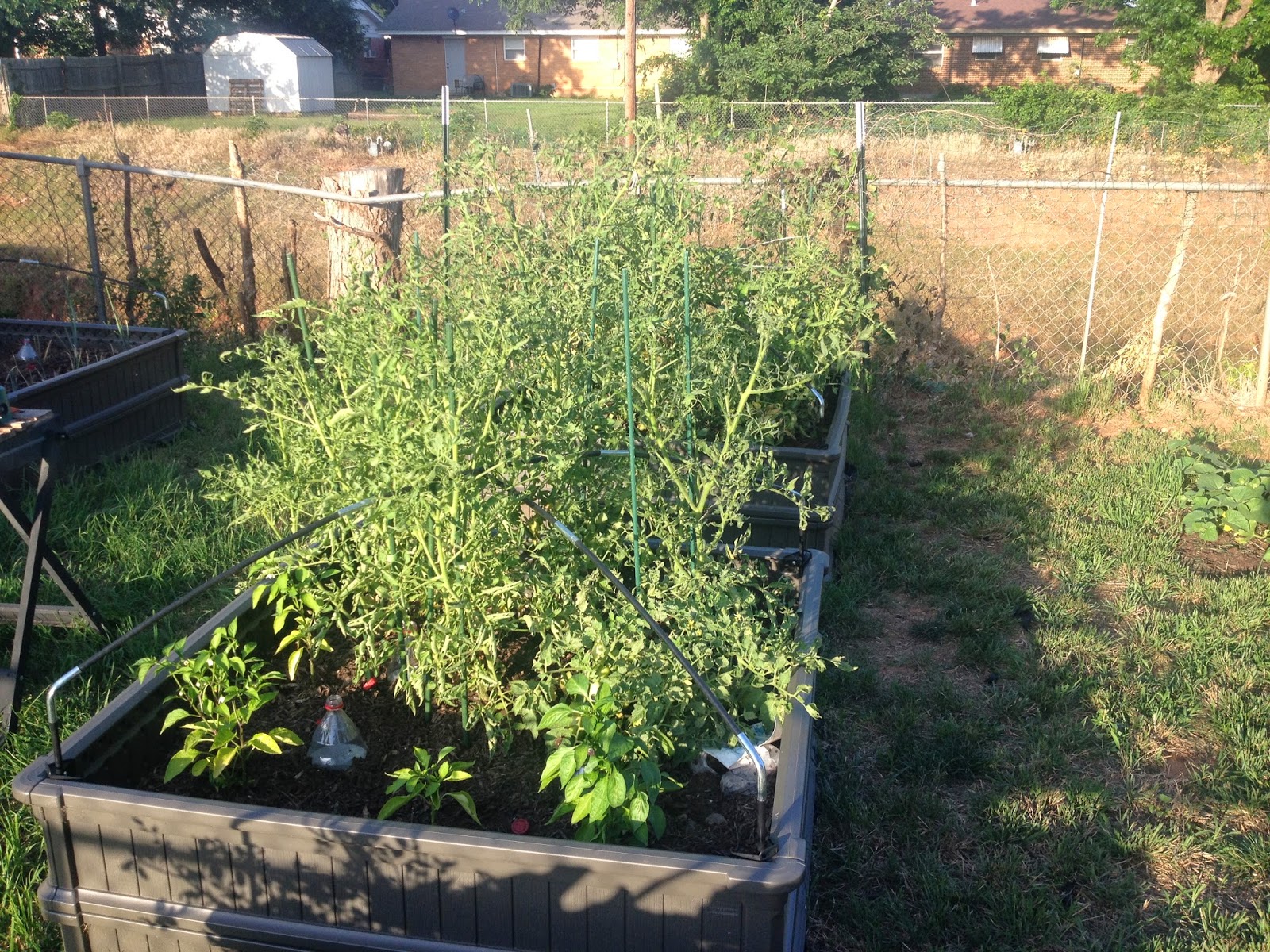 The tomato plants have been loving the cool weather and rain we've had.  They're putting on tomatoes like crazy. 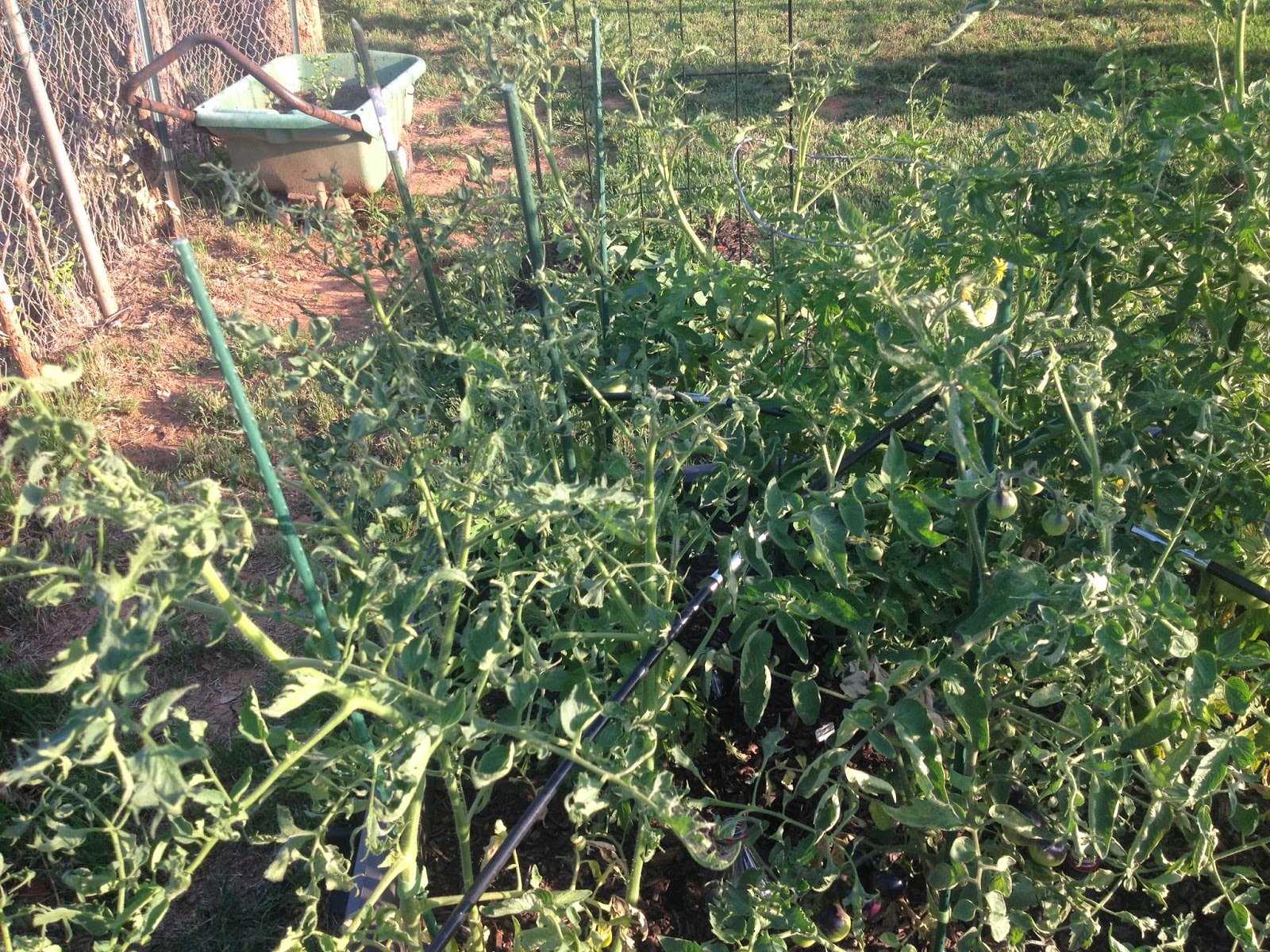 We've been having to stake them up nearly every day. 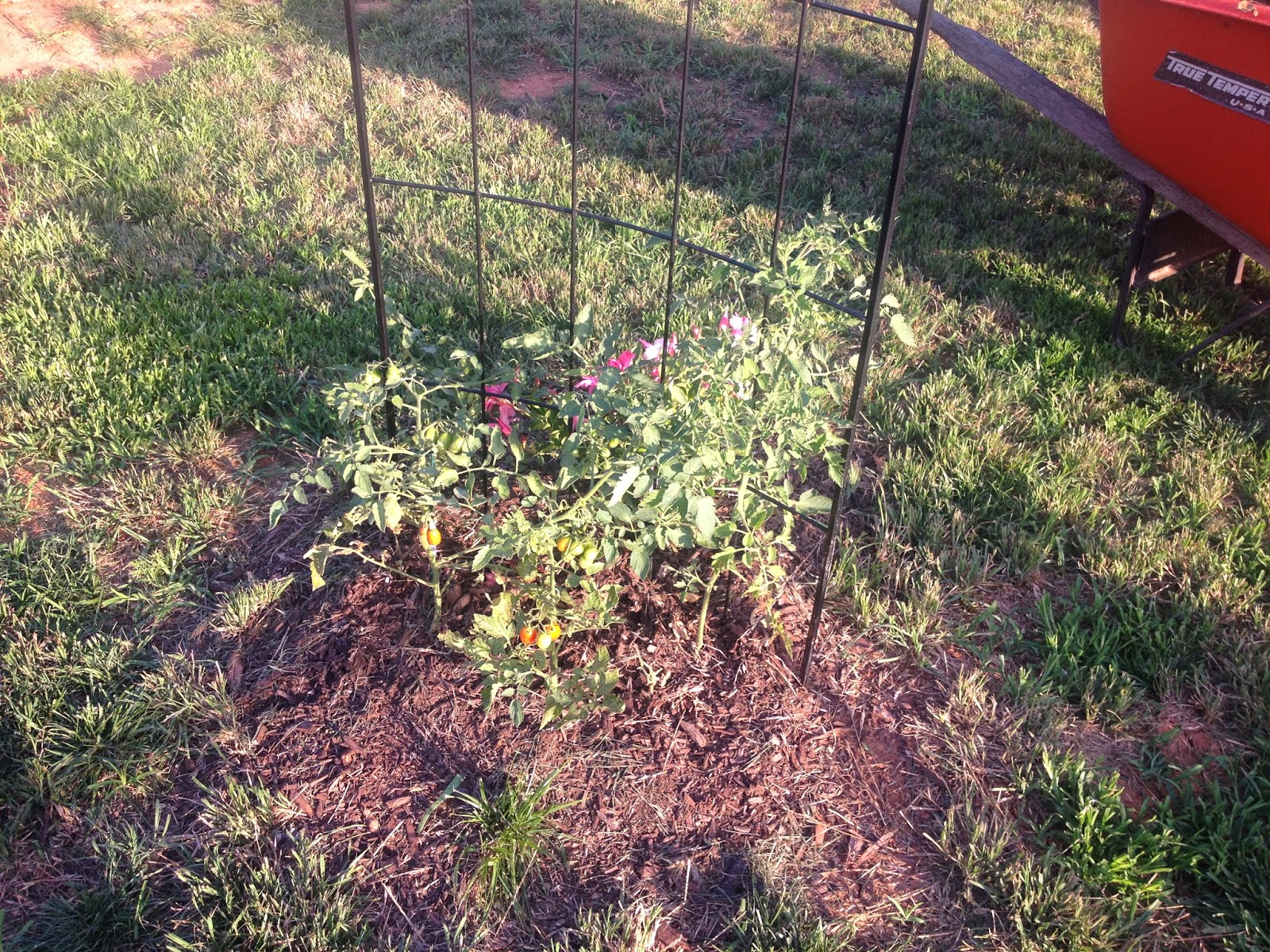 I'm not too happy with my grape tomatoes, though.  They're not as heavy as I thought they would be.  Last year the grape tomato plants put out more fruit than we could eat. 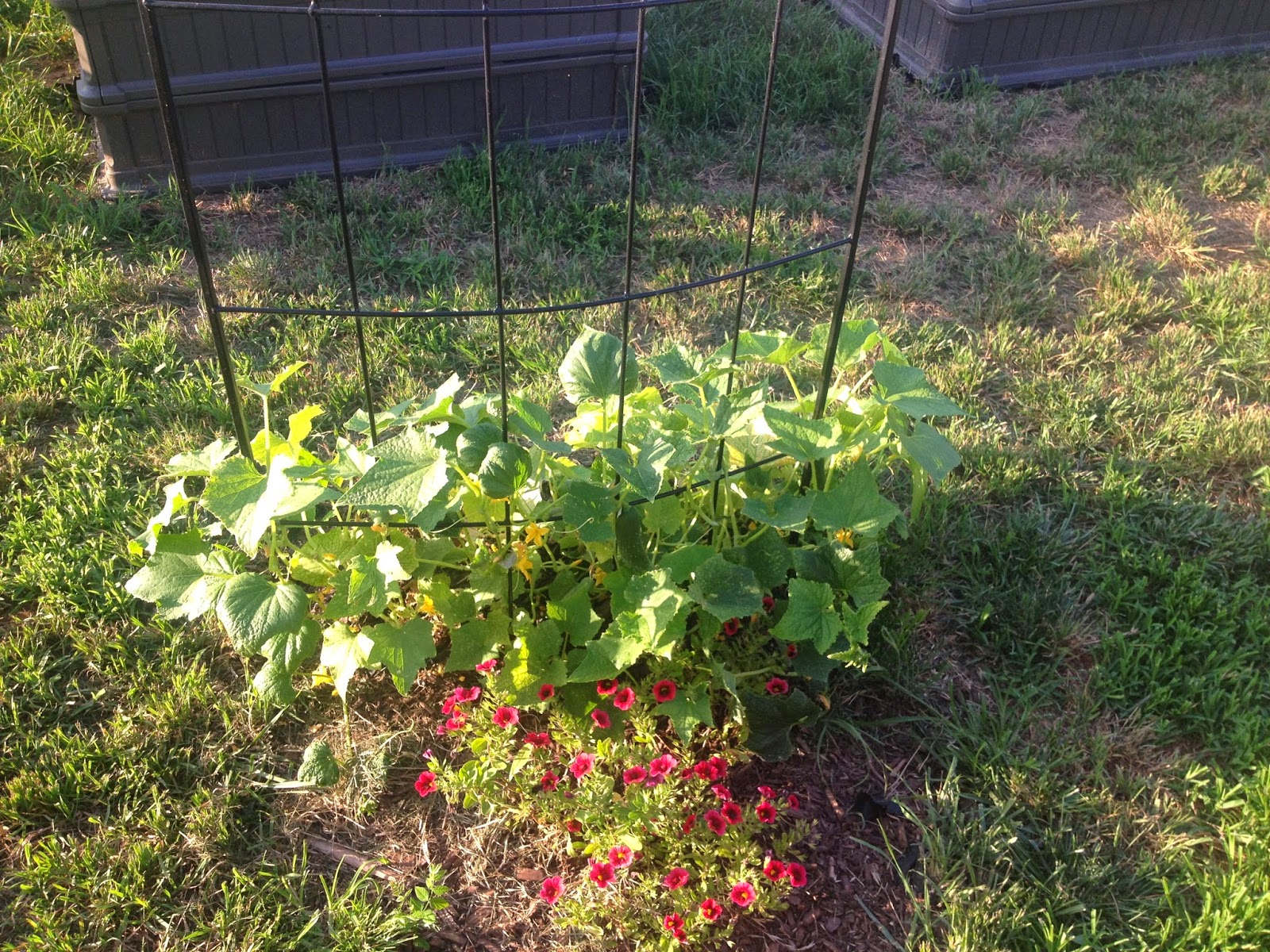 The cucumber plants on the other hand are doing really well.  We've already gotten a few off. 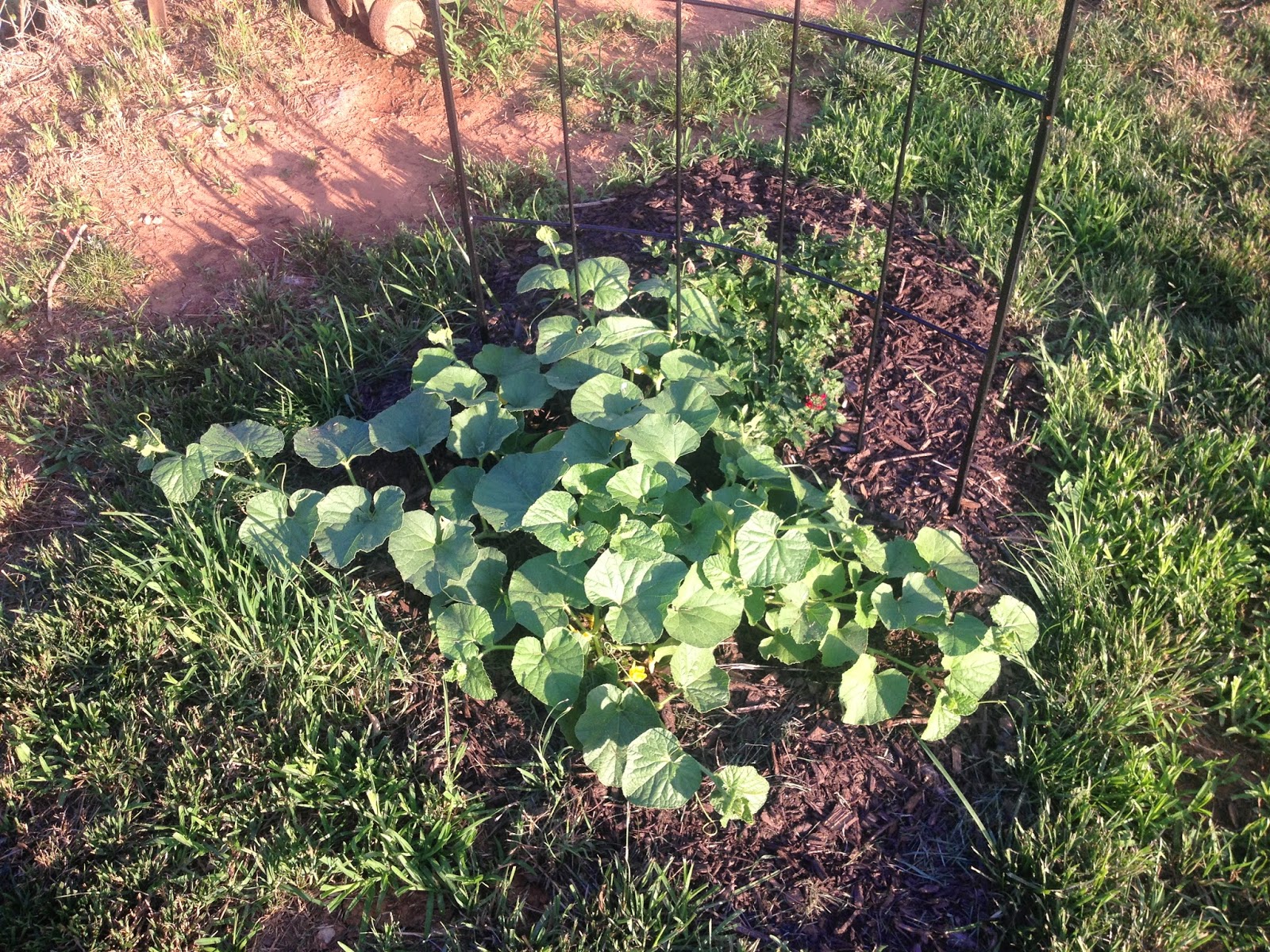 I'm growing the cantaloupe plants vertically this year too, so making hammocks for them will be challenging soon.  I put the trellis in the ground with concrete, so it should support the weight.  They're almost spread out enough to start tying up. 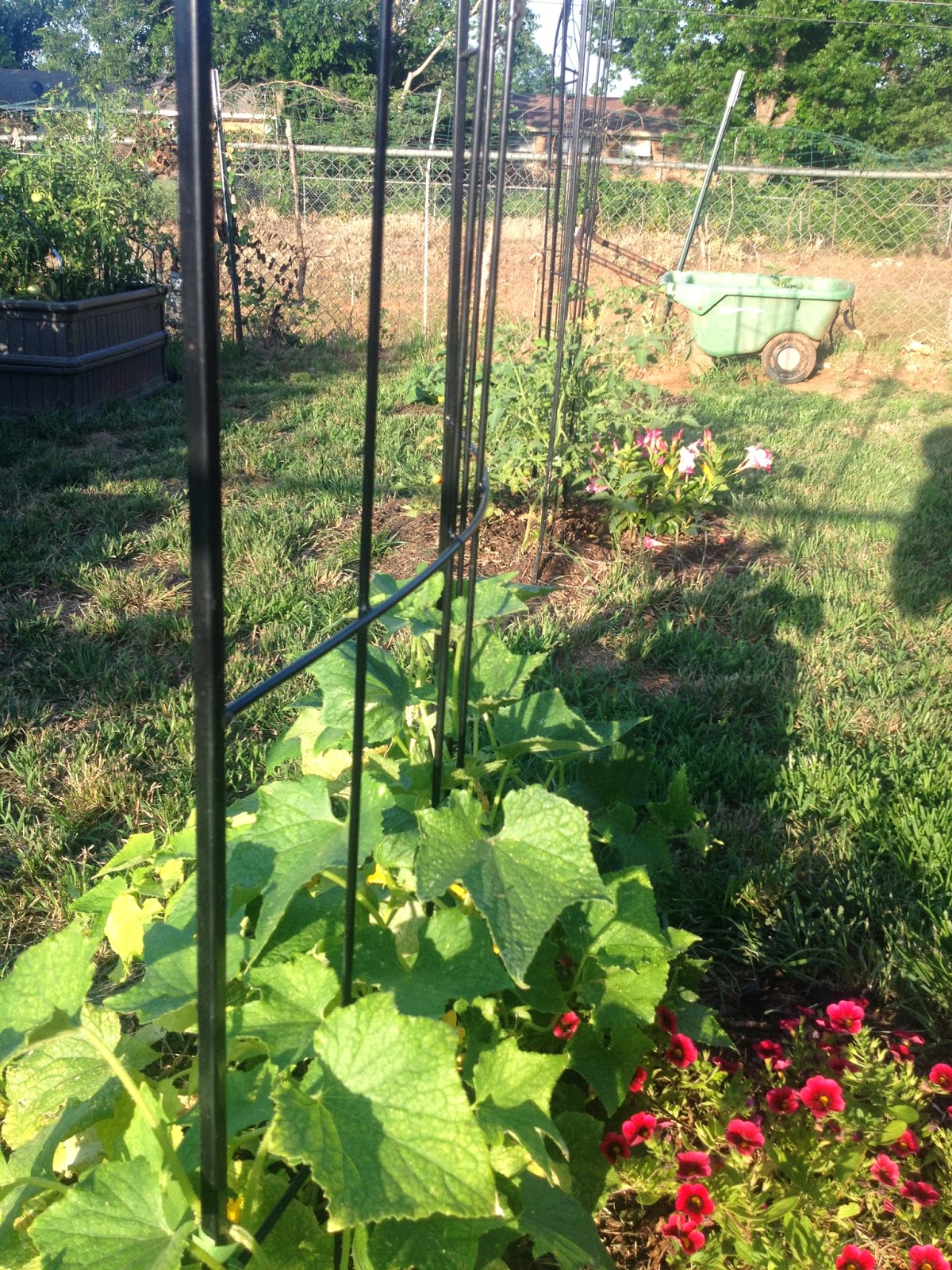 Here's a side view of all three trellises.  We're trying to grow a couple watermelon plants in the old wheelbarrow, so we'll see how that works out. 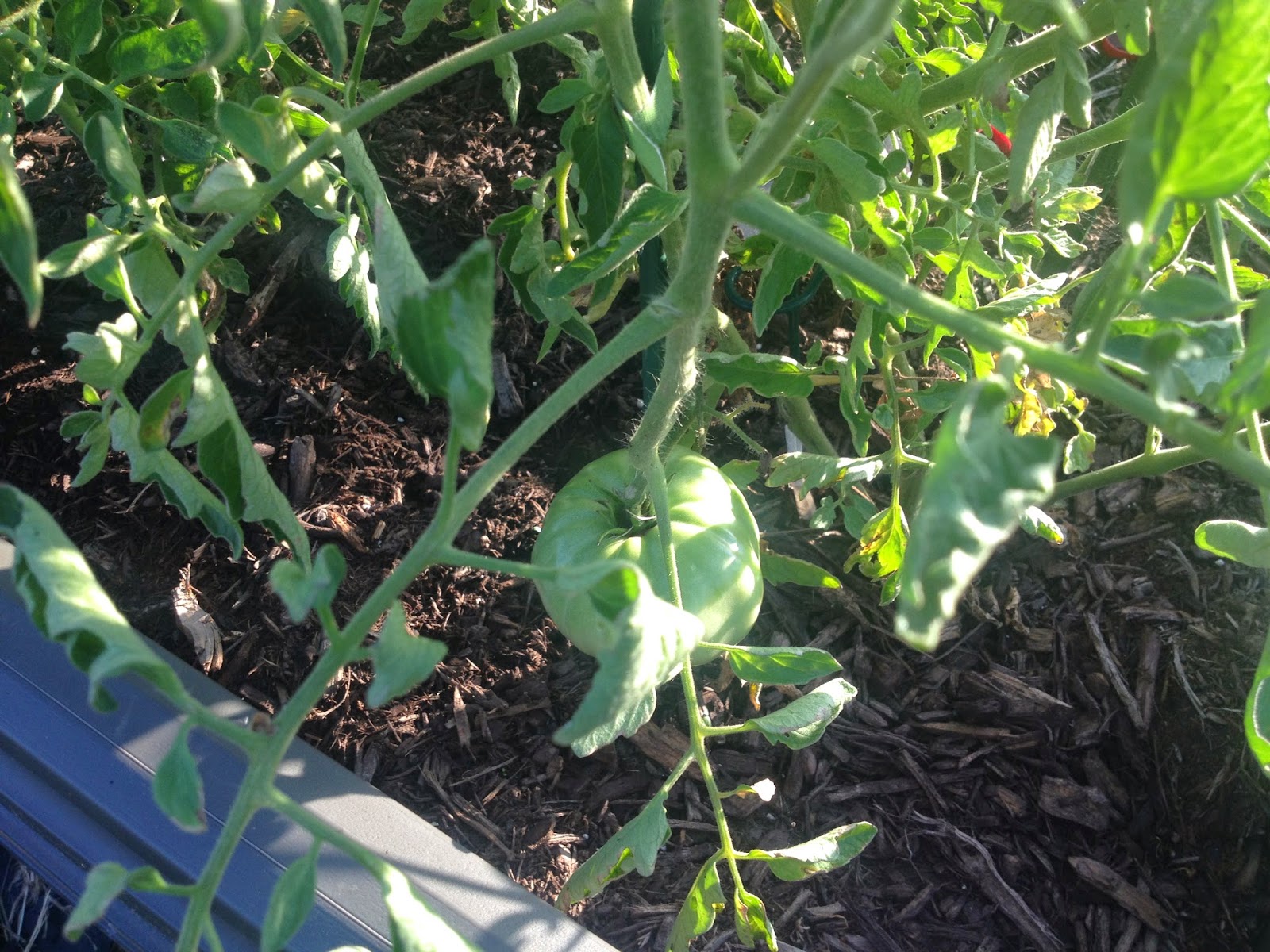 We're waiting on the BIG tomatoes to ripen. 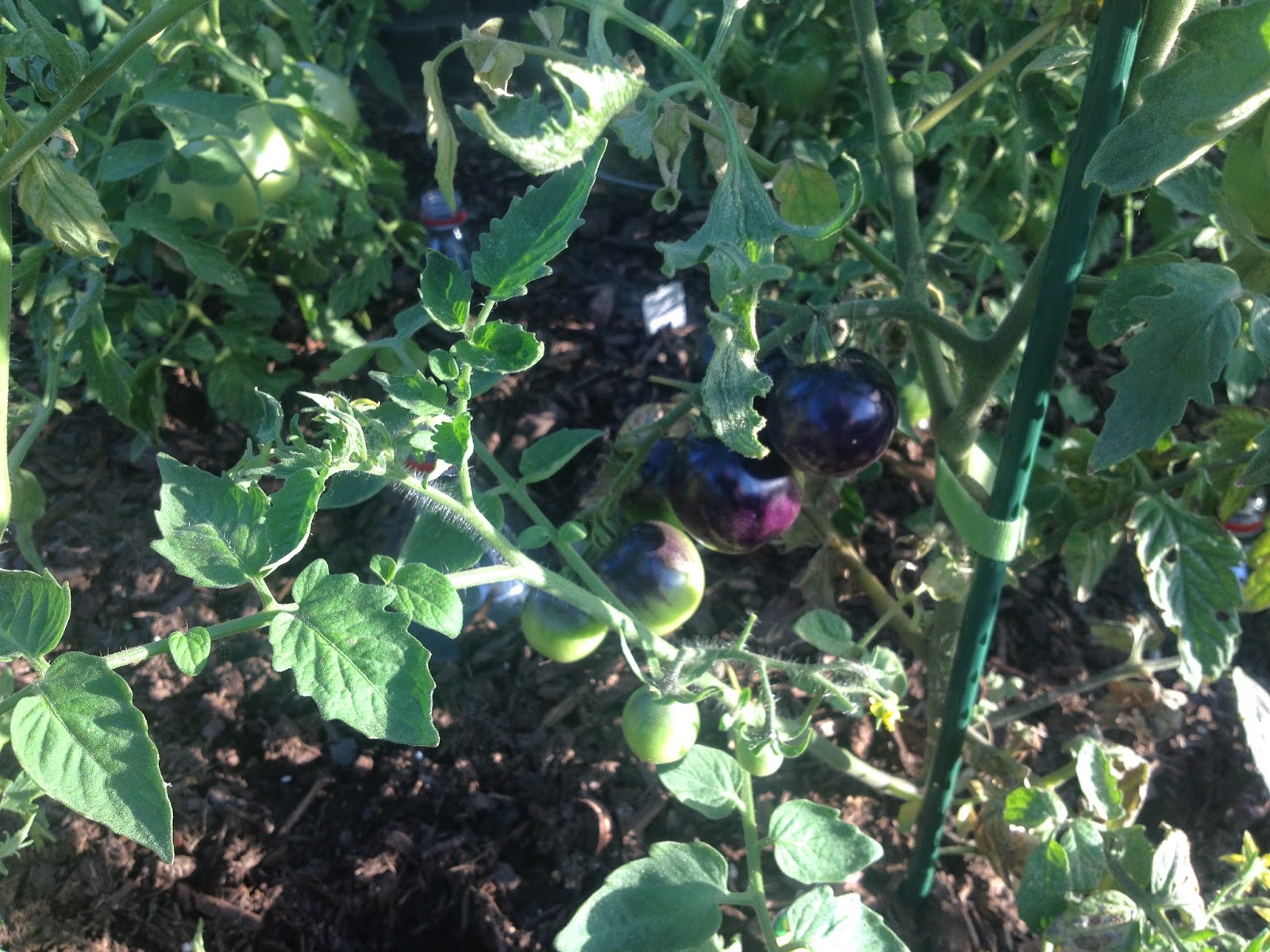 But the thing I'm most excited about at the moment are the Indigo Rose tomatoes.  They're deep purple/black on the outside and red on the inside.  This is the first year they've been out there, so I'm looking forward to seeing how they taste. 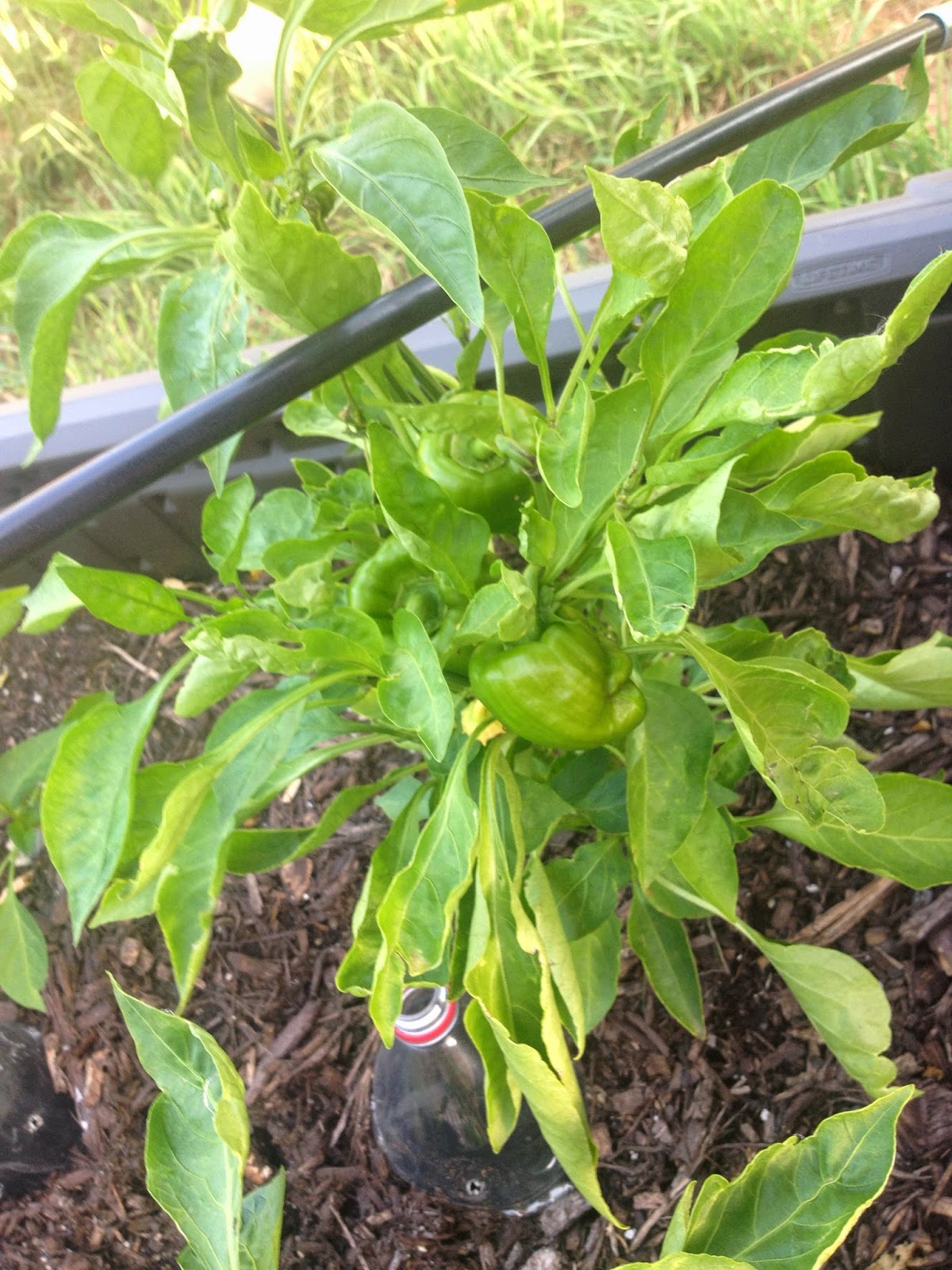 We've got lots of bell peppers coming on!  BTW, the two liter bottle in the ground is for deep watering.  Perforate a plastic bottle, bury it in the ground, and you can put water to the roots instead of just soaking the top of the garden. 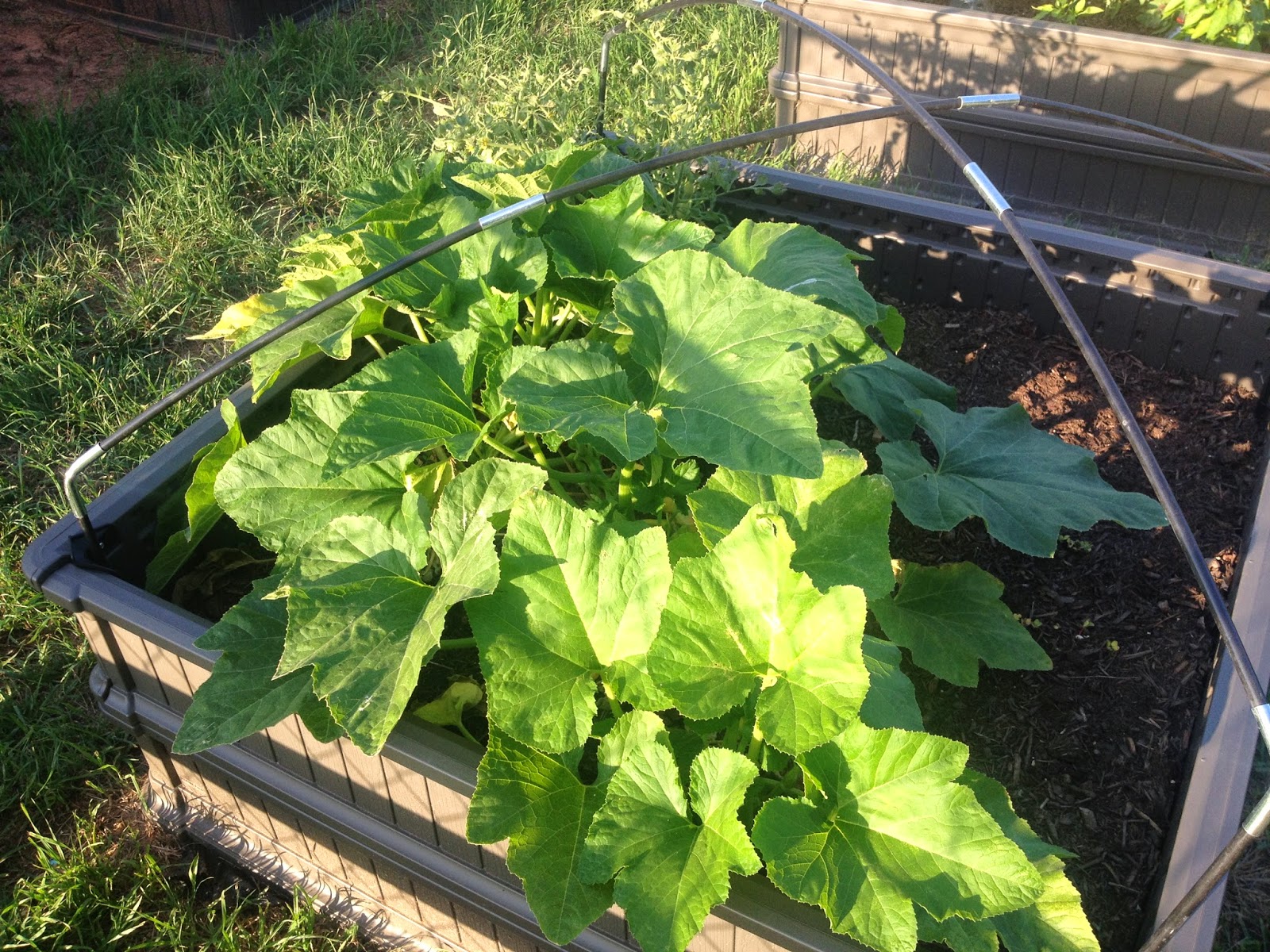 The squash plants are doing great!  I've never been lucky with them in the garden, but this year they're prolific. 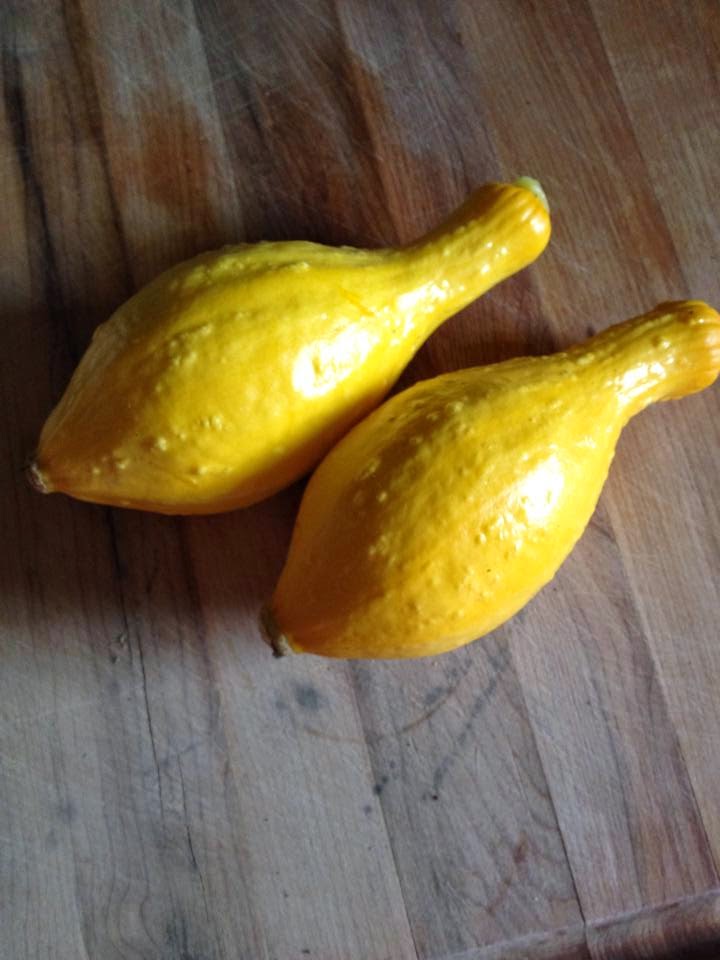 These are the first two we've taken out. 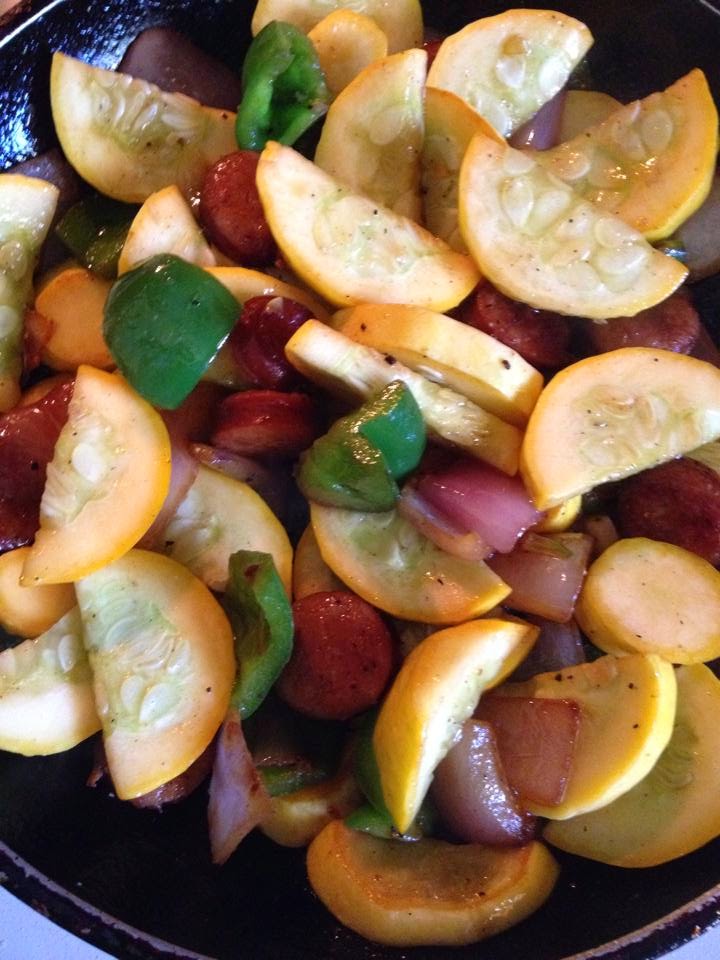 They, and the first bell pepper, made a terrific stir-fry.  There's nothing like homegrown vegetables! 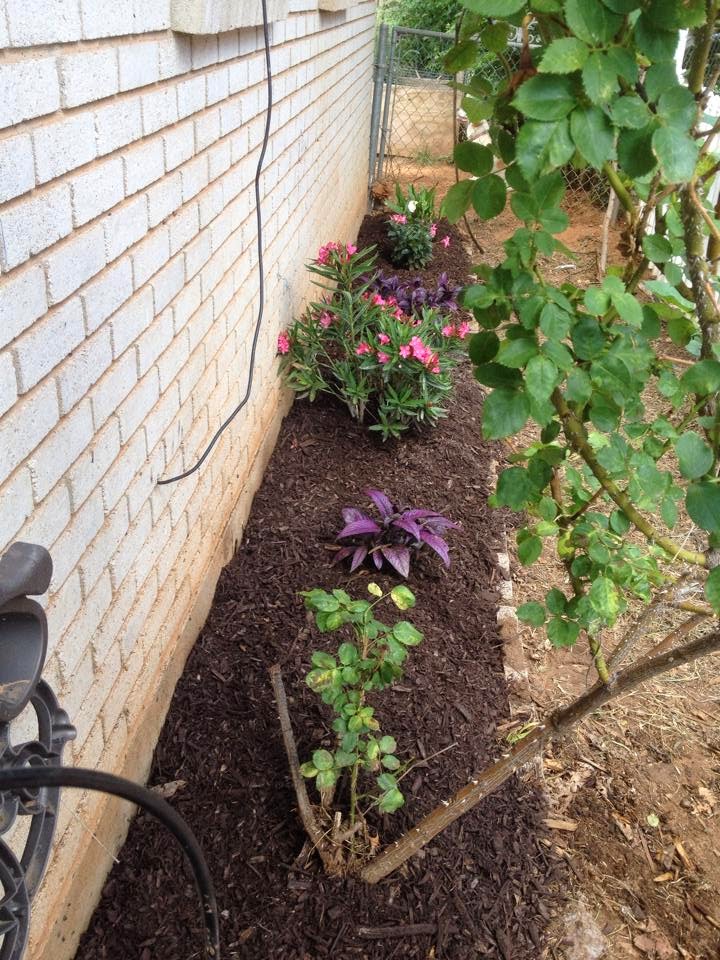 In the very back, you can see the old wire mesh gate we had that led into the back yard.  It was falling apart and I wanted something to go with the new garden bed I put in.
So I came up with this from a DIY link. 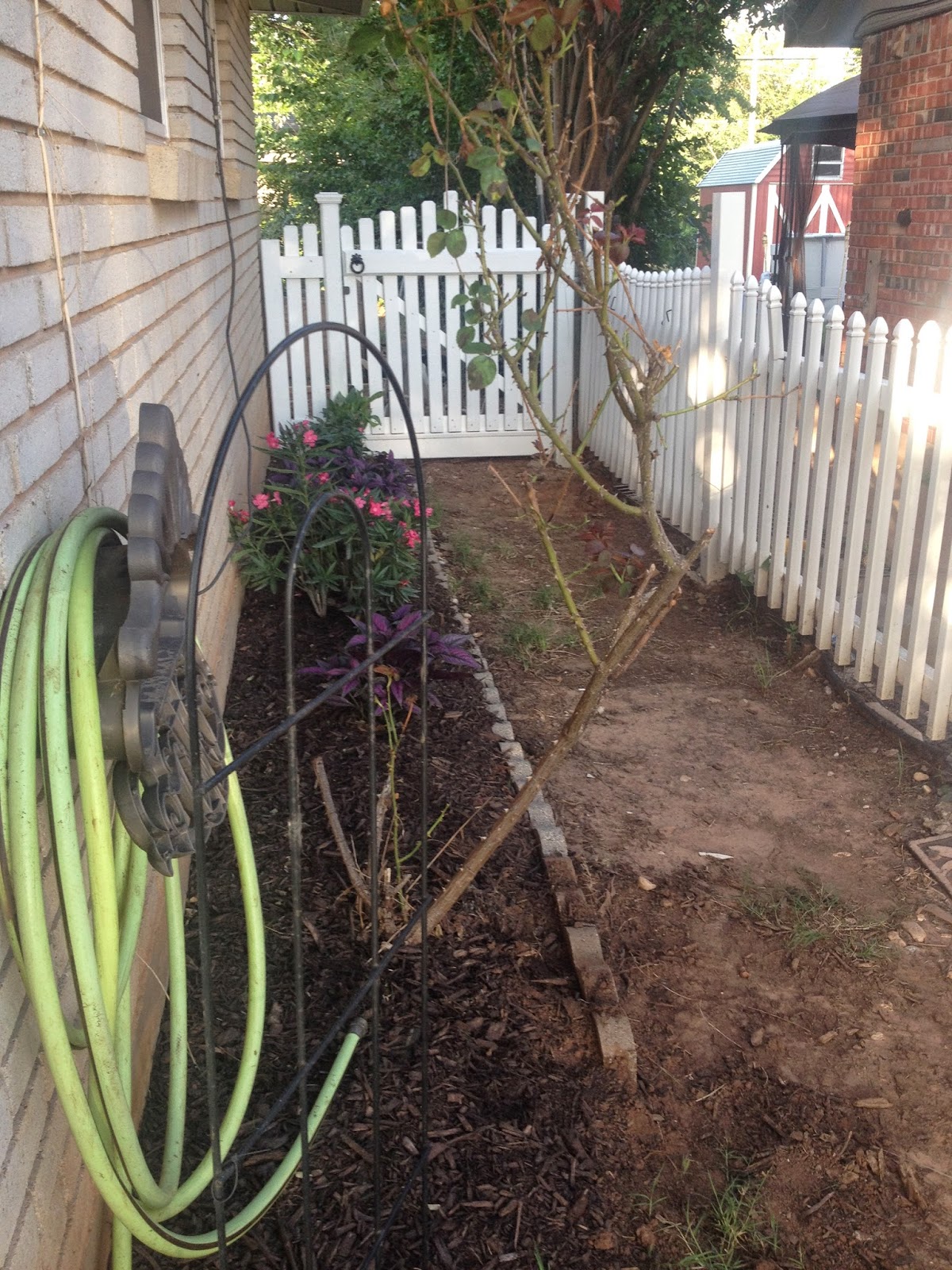 The whole thing is made from 5/4 decking and each piece was cut.  The pales (the "pickets") also had to be ripped by circular saw, so I ended up learning some stuff.  Pretty much everything had to be painted before it was put together, so I spent time waiting on stuff to dry.
It didn't turn out as easy as I thought.  The first mistake I made was in making the fence the exact size to fit between the gate posts.  I had to go back and rip a half-inch off each side, which was nerve-wracking.  Otherwise I would have had to take it completely apart because of the way it's made.
Finally put the final coat of paint on it today.  The DIY site said it was a "weekend" project.  Took me six days and fifty percent more budget.
But I LOVE the new gate!! 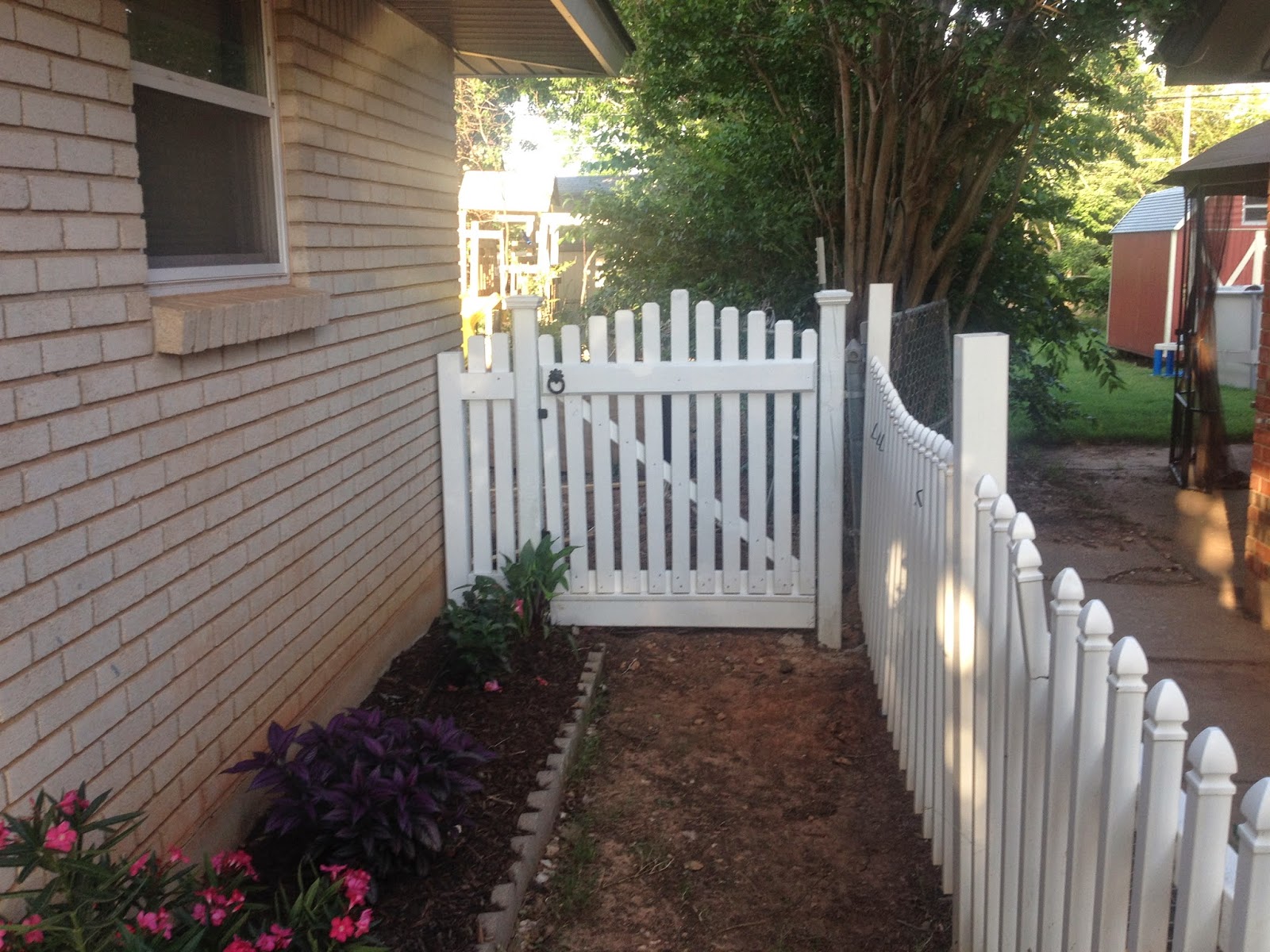 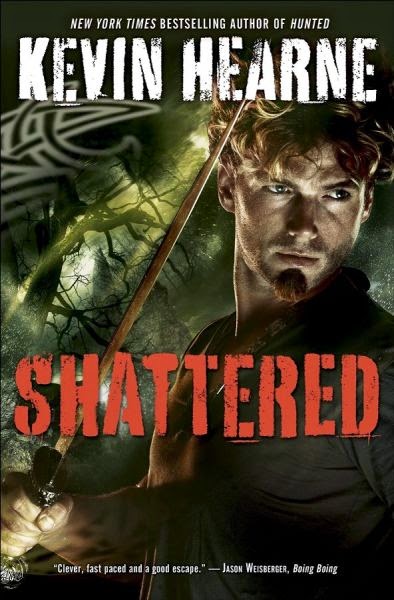 I've enjoyed this series so far, but I'm a few books behind, and this new released today makes me one more behind.  *sigh*  Never enough time for everything.

THE FLASH -- coming this fall!

Watch the trailer.  Looks like they're gonna do this one right! 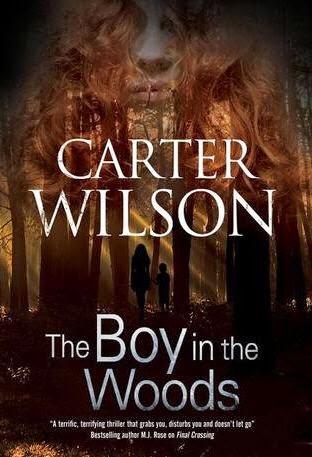 Love the cover design and the plot premise sounds promising.
In 1981, three fourteen-year-old boys witness a horrific murder in the Oregon woods near their homes. Sucked into becoming accomplices to the subsequent cover-up, they swear never to talk about what happened.

Thirty years later, Tommy Devereaux has become a bestselling author, using writing as his therapy. Finally, he is ready to tell the world what happened, even if he disguises the killing as fiction. But his life is set to unravel when he is approached by a woman who asks for his autograph, leaving behind a note which reads: 'You didn't even change my name.' Tommy's worst nightmare has come true. A figure from his past has returned, threatening to divulge his darkest secret unless he agrees to do everything she asks of him. Thus begins a deadly cat-and-mouse game that can only end with one or both of their destructions.﻿